There is nothing I love more than being in a place I've never been, and I pretty much just want to go everywhere...
I can't get enough of travelling and sightseeing, so this blog is dedicated to the cool little places I would someday like to go.

Swallow’s is an ornamental castle in the , perched precariously on a cliff overlooking the . The “castle” is a miniature – only 20 m by 10m, and 12 m high, which only adds to the enchantment. The lonely little house is 130 feet above the surface of the water, exposed to the elements, and looks like something from a fairy tale. 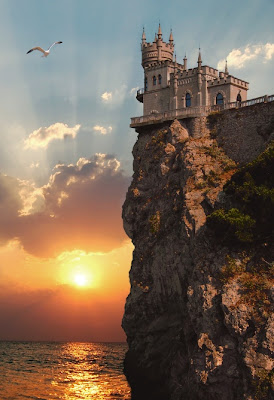 Swallow’s Nest has a long and eccentric history. The first building built on the cliff was a wooden cabin, built 1985, which the builder named “the ”..... Fifteen years later, a German nobleman bought the land and promptly tore down the “” to make room for the beautiful Swallow’s which is still there today. 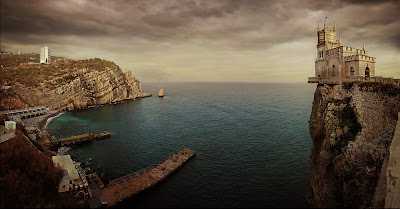 Three years later, however, he sold it and it became a restaurant. Throughout the 20’s, the building was used only as a tourist attraction, and in the 30’s it was used by a book club for meetings (awesome for the book club, not so great for everyone else…) After that, however, an earthquake damaged the cliff and the castle was deemed unsafe for visitors, so the castle was closed and empty for about 40 years. There was very little damage to the actual castle, but large cracks had appeared in the cliff. Fortunately, in 1968 restoration efforts began. The cliff was strengthened with concrete and the castle was cleaned up. The castle was fully functional again in 1975. It became an Italian restaurant, and still is to this day. 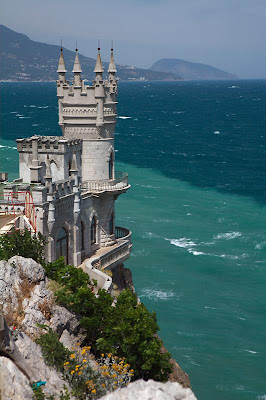 The castle was built to be decorative, not to protect, and therefore it’s really just a very fancy house. It is literally right on the edge of the cliff – parts of the balconies actually extend over the edge of the cliff, supposedly because a chunk of cliff fell away during the earthquake.

The castle is an architectural marvel: delicate and weightless, but at the same time grand and sturdy (so sturdy that it survived an earthquake 6 or 7 on the Richter Scale with no structural damage). The castle has two stories and includes a main foyer, two bedrooms and a guest room. A stairway climbs to the top of the tower. 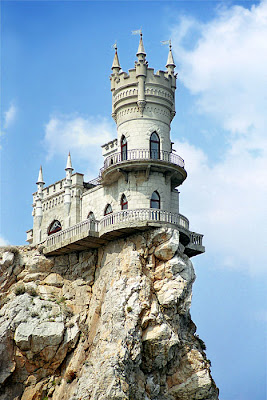 What to do? You can reach Swallow’s Nest by road, or by ferry, which provides a spectacular first view of the castle. The castle is not visible from the road, which adds to the feeling of seclusion. A small fee will get you into the grounds, which you can explore. Inside the castle you should probably have a meal, since it is mainly a restaurant. You can then go out on the decks for a spectacular view of the and the distant shore. You can also walk the Tsar’s Path, a nearby scenic trail. 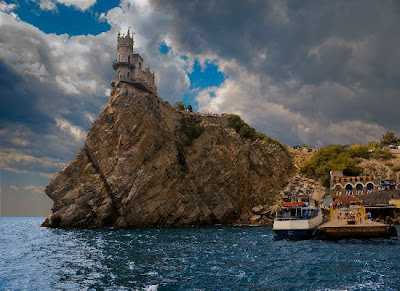 What do eat? I think everyone can figure this one out for themselves… don’t want to be redundant. But I love Italian food, so win-win all around.

Honestly, this place is unreal and I would absolutely love to go here someday. (Apologies for the overuse of pictures but I just can’t get enough of them.) Definitely near the top of my list. 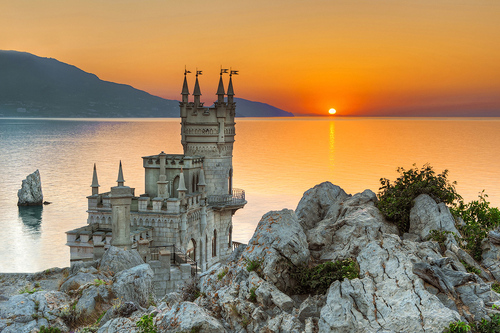 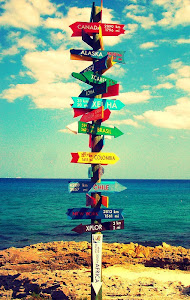